New private home sales in Singapore plunged 64% month-on-month in June – a two-year low – amid a lack of new launches. Meanwhile, sales for luxury non-landed residential properties eased in 1H 2022 to $1.1 billion, down 43.7% in total sale value from the second half of 2021. 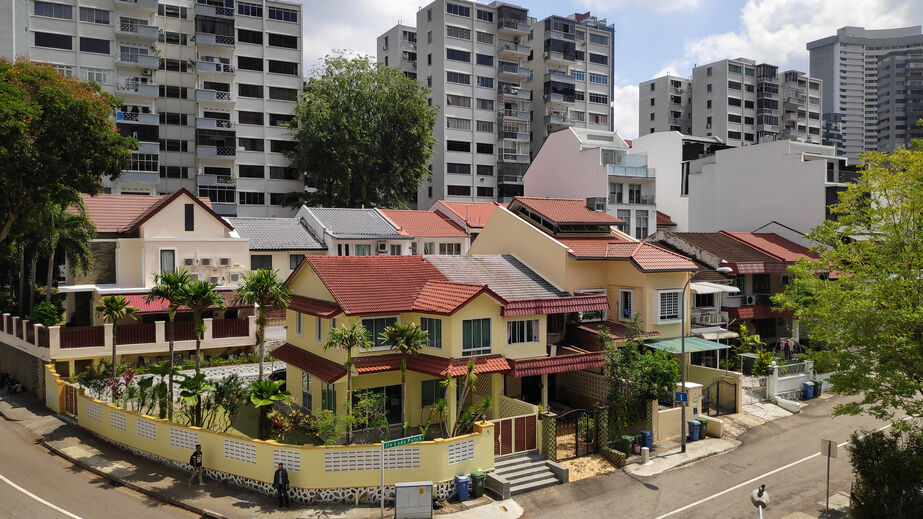 New private home sales in Singapore plunged 64% month-on-month in June amid a lack of new launches.

Excluding executive condominiums (ECs), developers sold 488 units in June compared to the 1,355 units shifted in May.

The decline is unsurprising and even expected, given the lack of new launch projects in the month.

PropNex Realty’s Head of Research and Content Wong Siew Ying adds, “In addition, the resumption of international travel and the June holidays – where families tend to go on vacation abroad – may also have contributed to the slower market activities.”

As noted by Knight Frank, it is the third straight month that the Core Central Region (CCR) sold over 200 units, and for the first time since March 2021, the region sold the greatest number of units.

Sales for luxury non-landed residential properties eased to $1.1 billion with a total of 125 units transacted in the first half of 2022, or down 43.7% in total sale value from the second half of 2021, revealed Knight Frank.

A steep 50.6% quarter-on-quarter decline in sales value was registered in Q1 2022, before increasing 29.4% quarter-on-quarter in Q2 2022 as investors scouted for safe heavens and foreign interest returned to the market amid the reopening of borders.

According to the PropertyGuru Consumer Sentiment Study H2 2021, luxury property demand is still trending, with as many as 32% of millennials planning to purchase a luxury property in the long run.

“While transaction activity is expected to moderate in the year ahead with a weaker global outlook, it is still clear that the scarcity of landed homes and growing domestic wealth will support demand,” said Knight Frank.

“As such, housing prices in the landed residential market are expected to increase by around 10% for the whole of 2022.” 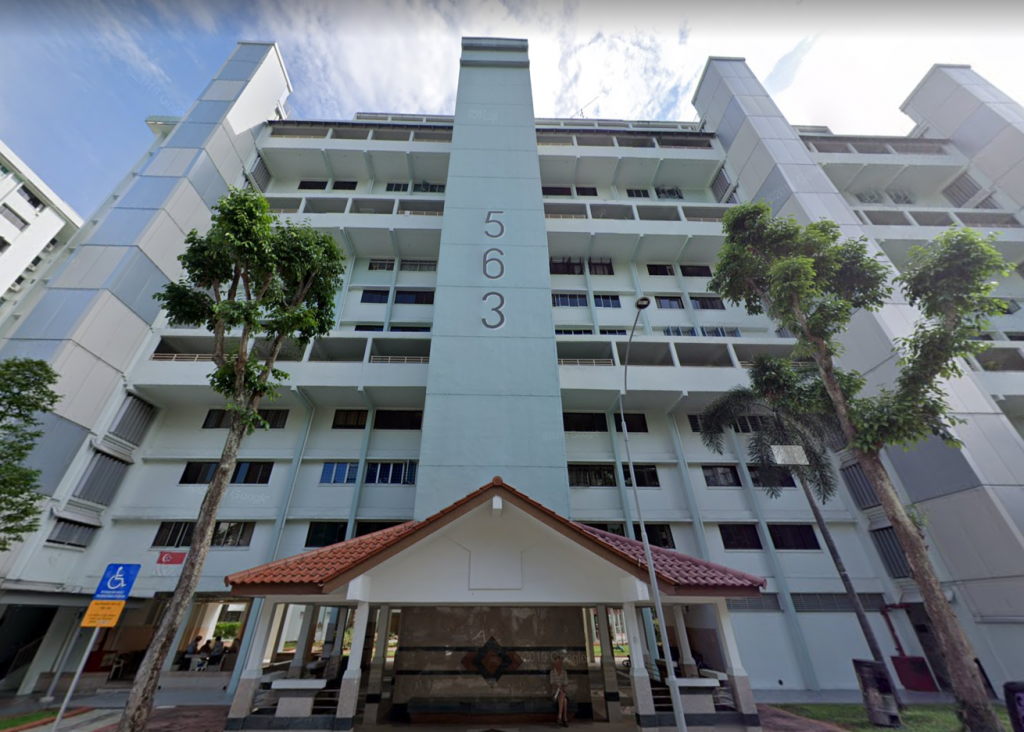 The two new rehousing options unveiled by the Government for Selective En bloc Redevelopment Scheme (SERS) owners appear to have few takers even though such options would not require them to fork out any money.

The new options are a shorter 50-year lease for owners who are at least 45 years of age at the point of the SERS announcement and a lease buyback on existing flats for seniors.

The Straits Times reported that out of the 30 residents interviewed at Ang Mo Kio, 23 preferred a fresh 99-year lease, two opted for the 50-year lease and five were still undecided.

Property analysts were not surprised that the majority of the residents, including seniors, favoured the fresh 99-year lease since there is much uncertainty ahead for those taking up the shorter 50-year lease.

Professor Sing Tien Foo, director of the Institute of Real Estate and Urban Studies at the National University of Singapore (NUS) pointed to the difficulty in predicting the market value of such 50-year flats, which will enter the resale market only after 10 years.

Until quite recently, there was actually a trend of young buyers favouring old HDB properties, in hopes of getting selected for SERS.

PropNex Realty revealed that the Urban Redevelopment Authority (URA) has stated that “it is prepared to relax the height controls for the future development to be built on the Lakepoint Condominium collective sale site, subject to certain conditions and detailed evaluation when the formal planning application is received”.

JTC also confirmed the development baseline for the site. With the reserve price unchanged at $640 million, this works out to a land rate of about $988 per sq ft per plot ratio (psf ppr), including the lease top-up premium, development charges and 7% balcony space.

Tracy Goh, Head of Investment and Collective Sales at PropNex, noted that the site’s height control was one of the concerns raised by some interested parties and that URA’s “latest reply will go some way in addressing the issue”.

PropNex shared that all offers for the site will be reviewed by 22 July 2022.

With prices for HDB resale flats rising steadily over the past two years, house hunters wonder if they could still find affordable HDB flats.

In an article posted in The Business Times, Nicholas Mak, Head of Research and Consultancy at ERA Realty, revealed that the most affordable bigger HDB flats, such as four-toom, five-room and executive flats, can generally be found in Sembawang.

This town topped the ranking of lowest median prices for five-room and executive flats while taking second place for four-room flats.

Jurong West, Woodlands and Yishun also emerged among the list of towns with the lowest median transacted prices for three-, four- and five-room flats as well as executive flats.

“At the opposite end, Ang Mo Kio only appeared once in the top ten “most affordable” list, in the the-room flat segment where the town ranked in the seventh position,” shared Mak.

6) At least 2ha of Pang Sua Woodland will be retained, says HDB

With the rise of eco-consciousness in recent years, the public has voiced concerns over clearing forests for residential use.

Following public feedback and an environmental study, the Housing and Development Board (HDB) changed its plans for a new housing estate within Choa Chu Kang to include at least 2ha of existing greenery, reported The Straits Times.

The greenery to be retained is along the Pang Sua Canal.

HDB noted that the Rail Corridor’s original alignment, which runs through the area within the western part of Singapore, will also be kept as much as possible.

Nature groups, however, continue to oppose the development of the site.

“By reducing the woodland’s size, its ability as an ecological connection along the Rail Corridor will be diminished,” he said, adding that developments should be kept on the site’s eastern half, to retain as much greenery as possible.

Cicada Tree Eco-Place said Pang Sua Woodland should be left alone since the area is too small to accommodate both wildlife and flats.

“Building flats so close to a wildlife corridor will just lead to more human-animal conflicts, in which animals always lose,” it said.

Related article: SG Green Plan: How Living in HDB Flats Will Look Like in 2030 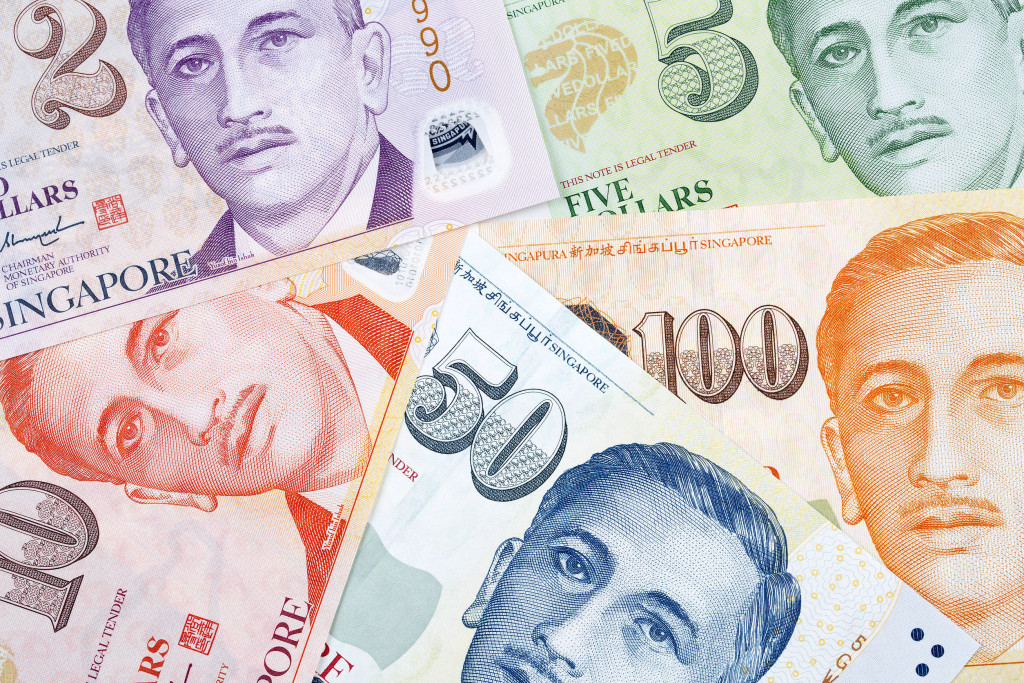 HDB explained that the net proceeds of the notes “will be used to finance or refinance Eligible Green Projects under the Project Category of Green Buildings as set out in HDB’s Green Finance Framework”.

And while approval in principle for the notes’ listing on the Singapore Exchange Securities Trading has been obtained, it should “not be taken as an indication of the merits of HDB, its subsidiaries or the notes”, said HDB. 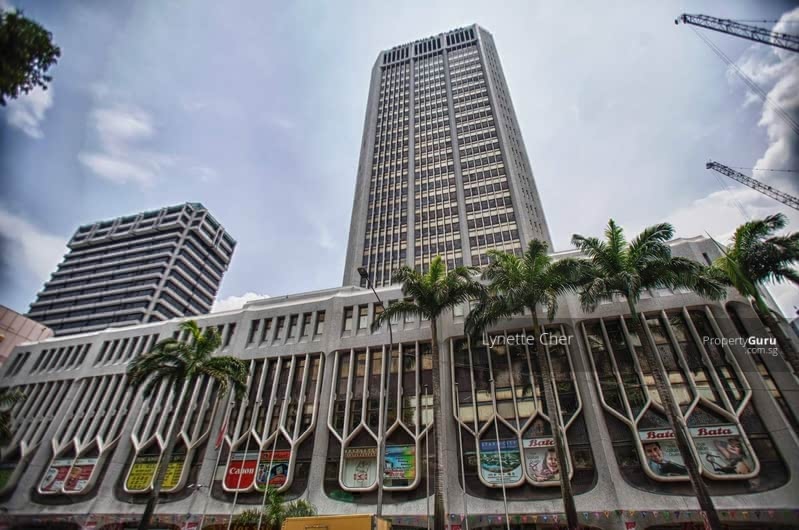 A portfolio of four adjoining commercial units at Peninsula Plaza has been put up for sale carrying a guide price of $60 million, revealed marketing agent PropNex Realty.

The portfolio is expected to attract strong interest due to the rarity of finding sizable adjoining strata shop space within the city centre. It is also a 999-year leasehold.

The tender for the commercial units closes on 18 August 2022.

Moody’s Investors Service believes the credit quality of REITs and large property developers within Singapore will continue to be stable through 2023 amid the recovery of demand for commercial properties following the easing of COVID curbs.

“Higher retail sales and footfall following the easing of COVID curbs will reduce the need for rent rebates, which will support an earnings rebound at retail assets,” said Moody’s Analyst Yu Sheng Tay.

“Office rents will also be bolstered by rising demand as employees return to office amid limited supply of new quality office assets.”

While inflation and rising interest rates may slow the pace of recovery next year, Moody’s still expects the earnings of REITs and large property developers to increase from 2022 to 2023.

“Overall CBD occupancy levels also recorded improvement. In a reversal of downsizing decisions due to hybrid working, some firms are instead considering options such as restacking and reconfiguration to rejuvenate their office space for flexible working collaboration,” it said.

Looking ahead, Knight Frank expects office rents to grow between 3% and 5% for the whole of 2022. It also sees office leasing activity remaining firm throughout the year, given that up to 100% of employees are now allowed to return to the workplace.

Private home, HDB resale prices continue to increase in Q2 2022, Over 98% of AMO Residence sold on first day of launch and more